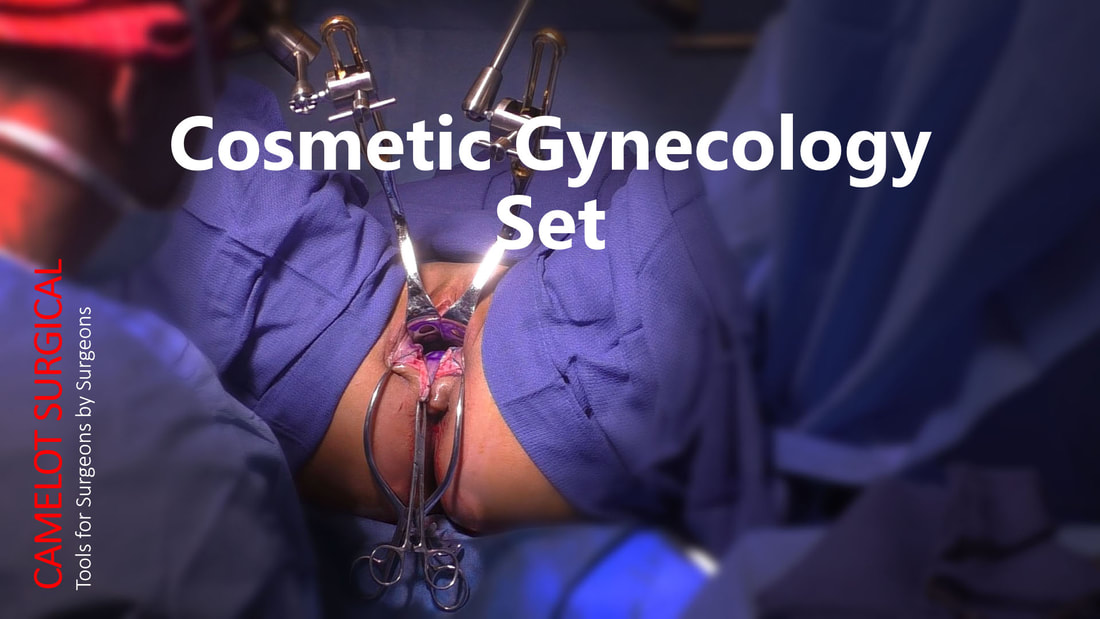 This Set Will Give You Total Command of Cosmetic Gyn Surgery

This is the set that revolutionized cosmetic vaginal surgery by eliminating the need for a surgical assistant and streamlining previously tedious operatons. In the five years since it was launched, it has become the de facto standard for the world's top cosmetic gynecologists.

The centerpiece of this game-changing set is a pair of uniquely-designed Martins Arms. These are precision-crafted articulating stainless steel arms that hold retractors and everything else normally held by a human assistant. Perfect retraction with total stability, no fatigue, and no obstruction of the surgical field are the result. The perfect retraction system.

Paired for use with the Arms, you will have a pair of Pelosi Vaginal Retractors in both narrow and wide sizes with their iconic long offsets for unsurpassed retraction range and visibility in vaginas of all dimensions.

For use within the vaginal canal, you will have a pair of long Allis clamps, a pair of Pratt T-clamps and a pair of Willet-Martel clamps, all of which attach to the Arms to provide total tissue control under all conditions.

​The Set includes a pair of Gelpi retractors for unsurpassed control of the perineum, and an Auvard weighted speculum when anterior vaginal exposure is demanded.

Ergonomically-curved Wilkinson scissors complete the vaginal surgery elements of the Set and provide maximum visibility during use within the canal.

For monsplasty lifting procedures of the mons pubis, we include only the most essential instrumentation beginning with Scar Release Scissors for field preparation, Backhaus Towel Clamps for flap retraction, and the Lockwood Flap Marker for accurate marking and excision.

​One Auvard Speculum for Vaginal Retraction

One Wilkinson Scissors for Vaginal Dissection

​One Lockwood Flap Marker for Monsplasty